Sepia Saturday 260 : To The New Dawn (Via The Dover Ferry) 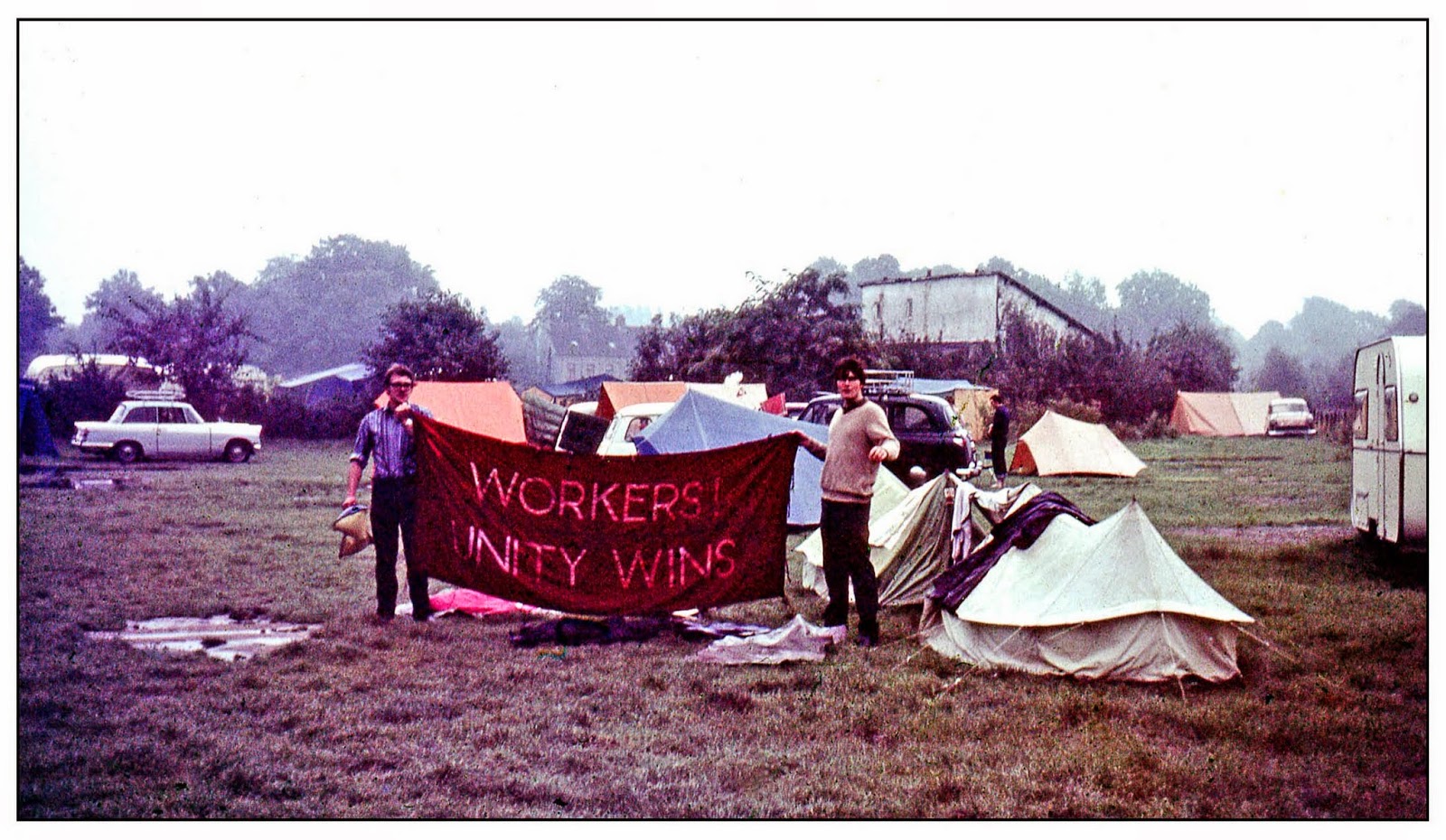 Our Sepia Saturday theme image this week features some tents, a banner and some young people and it was chosen at random from the Flickr Commons stream of the Huron County Museum and Historic Gaol. And, for once, I have a pretty perfect match for the theme.

It was the summer of '67. The Beatles All You Need Is Love had just been released and I recall that, as I took the above photograph, it was playing on some hidden transistor radio. The camping site was somewhere near Amsterdam and the two people holding the banner were Darryl Oldfield and David Hebblethwaite. The third member of the party - the one taking the photograph - was me. We had set off to hitchhike across Europe because that was the kind of thing you did in 1967. We carried the banner because we were three Young Socialists from West Yorkshire, all certain that some kind of revolution was just around some corner. And we had been tipped off that it might just be happening in the coffee houses of Amsterdam. 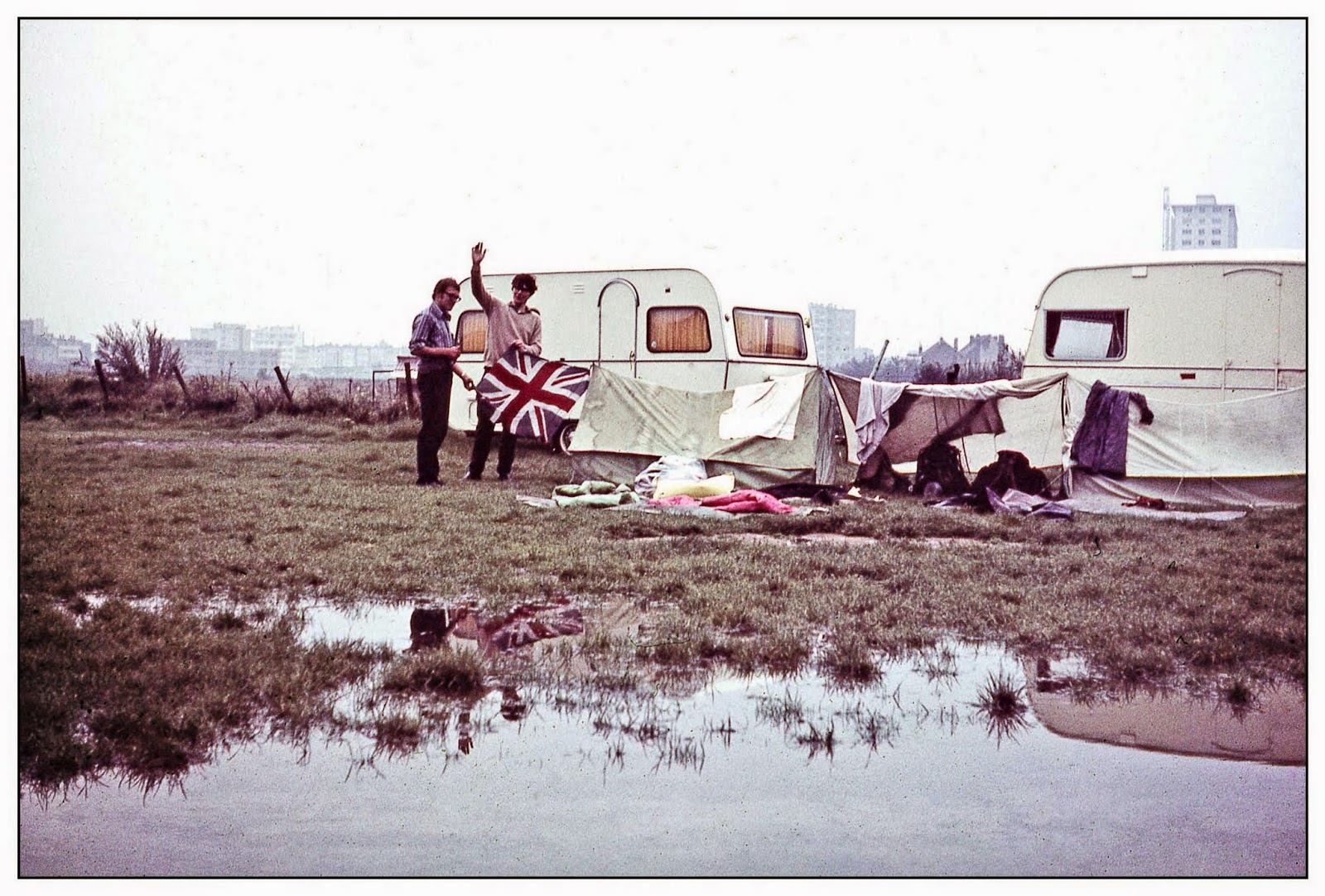 We put tents in backpacks, rolled up our precious banner and set off in search of a new dawn - via the Dover ferry to Calais. The chances of three people managing to hitch a lift together were slim, so we would split up with merely the vaguest plans to rendezvous. One time in France I remember a discussion as to whether Belgium was a monarchy. This was not some political discourse, but a matter of practical arrangements. We came to the conclusion that there was still a Belgian King. "OK", someone said, "let's meet in front of the Royal Palace at noon the day after tomorrow". 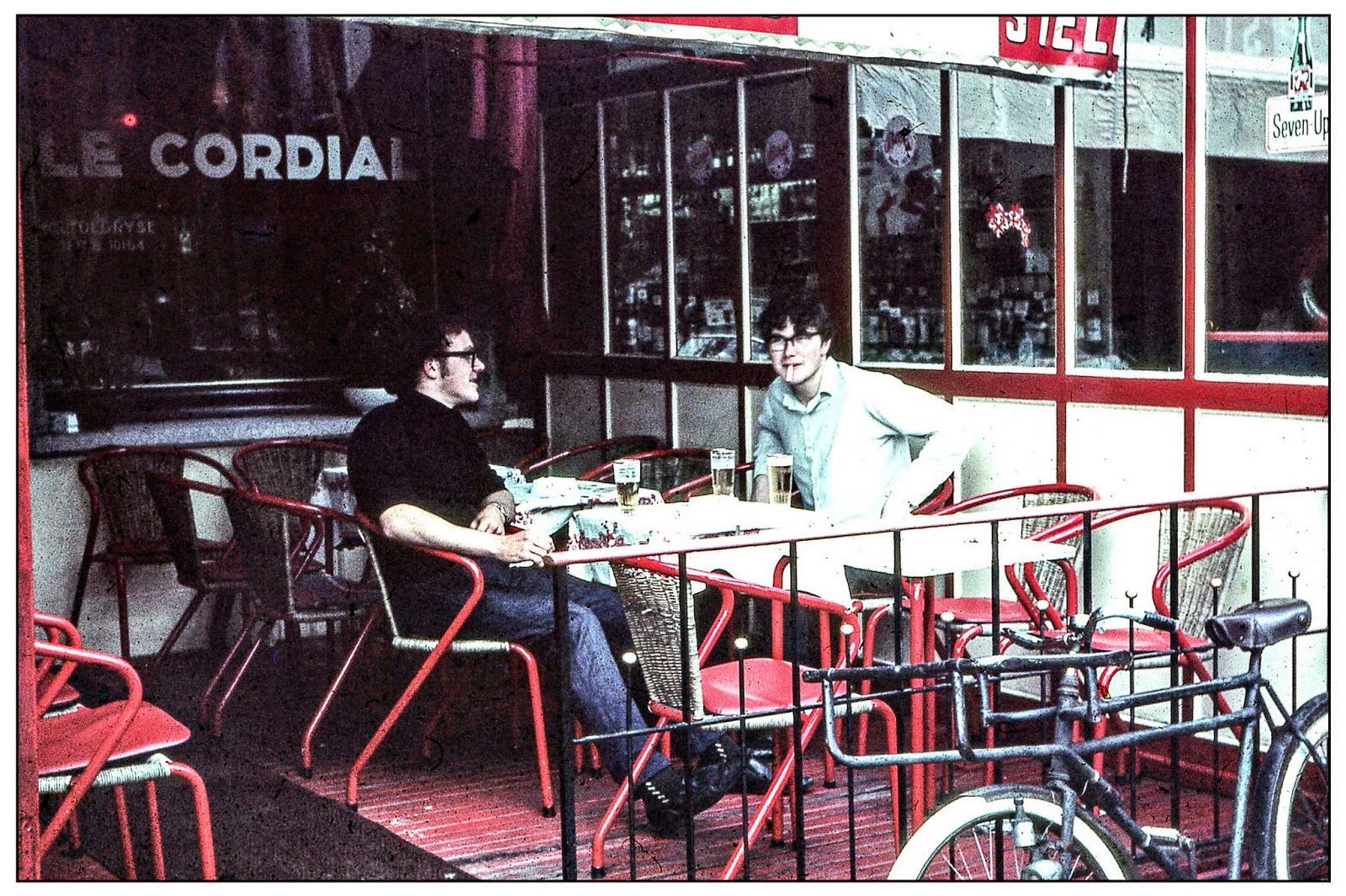 And so we hitched from city to city, from country to country; living cheap and living well. Some of the memories have faded with time, but when the precise detail is gone you are left with impressions and those are all that the impressions of youth should be. With all the things we carried, there was little room for cynicism. We didn't find the new dawn of course, although the world at the time was undergoing profound changes for the better. A few weeks later we returned home - via an overnight ferry to Immingham this time - and went our separate ways to College and University. I don't think I have seen Darryl and David in more than forty years, we have all lost touch with each other. But maybe, just maybe, they might be Googling their names and get a link to this post. If they do, let's meet up : how about the day after tomorrow outside the Royal Palace in Brussels?