The Minutes Of The Meeting As Taken Down, Screwed Up And Eaten By The Dog 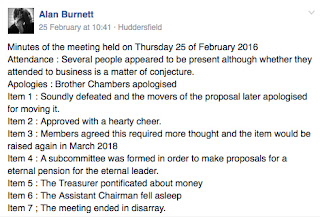 I am having difficulties remembering what exactly took place at the meeting of the Old Gits Luncheon Club last week. There is nothing new in this, for some reason the frivolity and good cheer associated with a meeting of this august body is often associated with memory loss and the need to sleep (not to mention slurred speech). I normally deal with this by taking the trouble to write the minutes of the meeting before the meeting takes place (imagine the time that would be saved if other organisations adopted this approach), but when I turned to the minutes of last Thursday's meeting - which were published to the Old Gits Facebook Group Page last Wednesday - I discovered that they were less than enlightening. 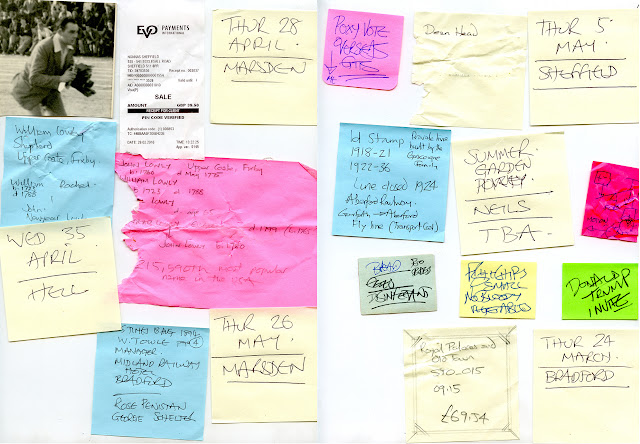 As luck would have it, I made a number of notes during that part of the meeting I was reasonably conscious on a variety of post-it notes, a supply of which I always carry with me. These, however, got crumpled up in my pocket and mixed up with a collection of other detritus that seems to inhabit my intimate spaces. Even worse was to happen when I eventually released them from their hiding place - they fell on the floor and Lucydog started to eat them. I have rescued what I can and scanned them in the hope that someone might be able to make sense of them. If nothing else, they will provide a delightful puzzle for the researcher who comes to write the official history of the Old Gits Luncheon Club in 100 years time.
at March 03, 2016