A Grand Day On The Manchester Ship Canal 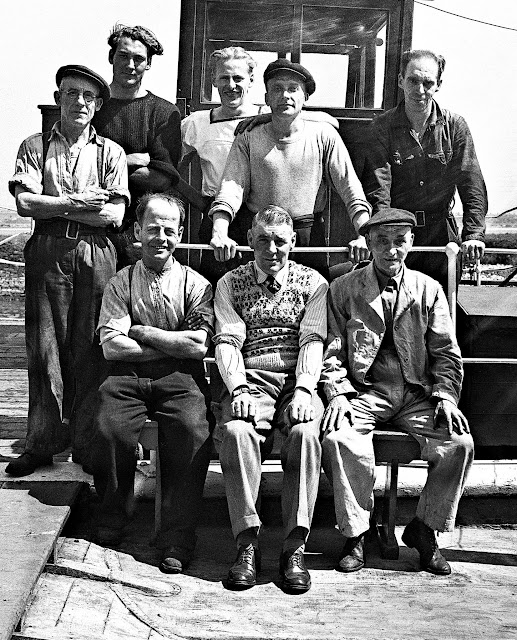 This is just a grand photograph. It radiates pride in a hard job well done and the companionship of people who work together. It is a scan of a glass negative I have just acquired which, I would guess, dates back to the late 1940s or early 1950s. I admit that this is very late for a glass negative, but the clothing doesn't appear to be pre-war. The only information I have is that the subjects of the photograph are the crew of a tug boat on the Manchester Ship Canal at Eastham (which is the point that the Ship Canal merges with the River Mersey). Further information about the men pictured here may be forthcoming, but if not it doesn't matter. It is still a grand photograph.
at March 23, 2016