A strip of six negatives taken over fifty years ago. As a photography project, my brother and I decided to spend the day at the annual Halifax Gala, and from this negative strip I can see that I followed the parade as it made its way from the bottom of Halifax towards Manor Heath. 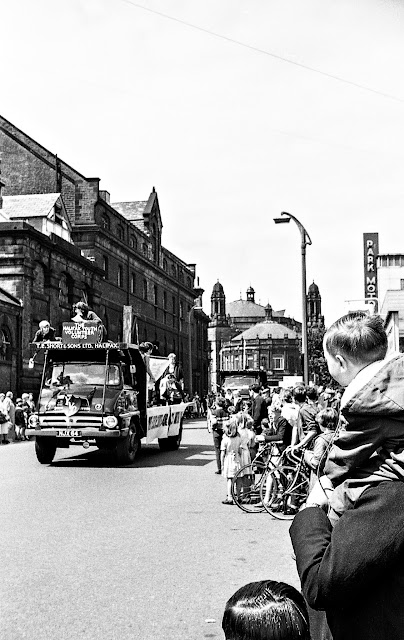 The enlarged image is extra special because it shows the parade passing the old Ramsdens Brewery in Wards End. A couple of years after this shot was taken the old Stone Trough Brewery was gone, replaced by the glass and concrete of a new Halifax Building Society HQ. The same Building Society - by then a commercial bank - came near to collapse during the financial crisis of ten years ago. Which probably goes to prove that an economy is sounder built on beer than on non-liquid assets.
at March 06, 2016