The Battle Of Aisne And Data Security 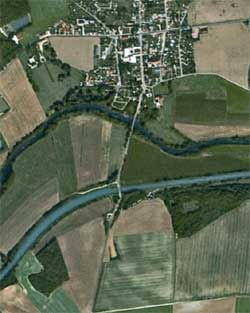 The way the media - and in its' wake the public - gets its' collective knickers in a twist over some silly issue or another must say something about the state of our society as 2007 draws to a close. The latest example, of course, is the threats posed by lapses in the security of personal information. The news that some minor Government Department has lost a disk containing a few hundred names is now guaranteed to appear near the top of the news bulletins. The hysteria produced by the fear of lapses in personal data security has now reached such a level that the long-awaited and much needed NHS common clinical information system is under threat. Before too long, some enterprising journalist will discover that a list of the names, addresses and telephone numbers of almost all the adult residents of the country is being made available for sale on the internet - if you don't believe me just check for yourself - and weave a story of Orwellian proportions out of it.

Anyway, I had a phone call from my Aunty Doris over Christmas. Like Isobel's Aunty R, she is an indomitable lady. Now in her late eighties she only stopped working a few years ago : and only then because the Washerama she worked in closed down. She is the widow of my fathers' eldest brother - John Arthur - and the last member of that generation of my family still alive. It must be getting on for forty years ago that my Uncle John died, but I remember him quite well. He was a jolly, good-humoured man with a typical Yorkshire countenance who would occasionally take me to watch Bradford Park Avenue play football. Whether it was the phone call from Aunty Doris, or the memories of Bradford Park Avenue beating Halifax Town, or the fact that I had just gained access to a series of World War I war records, I'm not sure. But for whatever reason, I went in search of what information I could find about his time in the Great War. The family story says that he served in the war, and he obviously survived it, but little else is known.

John Arthur Burnett was born in Great Horton, Bradford in 1899. He enlisted in the Army in May 1917 - one assumes on or around his 18th birthday - and after a short period of training was sent to active duty in the trenches in France. According to his war record he seems to have managed to keep his head down - that is until the battle of Aisne/Chemin Des Dames in May 1918. On the 27th of May, amidst heavy fighting, he was captured by the Germans just outside the village of Pontavert. He was held prisoner in Stuttgart and didn't find his way back to England until 1919. According to the records he was listed as "missing" and it was some time later that it emerged he was a prisoner of war.

The picture at the head of this posting is of those same field outside the village of Pontavert. One can only try to imagine the thoughts of that 19 year old lad on that May morning as he went into battle. One can only imagine the emotions as his parents - my grandfather and grandmother - were later told he was missing in action. And one can imagine these things because the records were kept and later made available. Those records contain a mass of personal information. But my Uncle John - and thousands of others like him - didn't care too much about that. They had more important things to worry about.