Continuing the theme of change. Change is a process which is easy to identify in retrospect, tricky to bring into clear focus concurrently, and almost impossible to predict in the future. For proof of this theory all you need to do is to read a science fiction book. 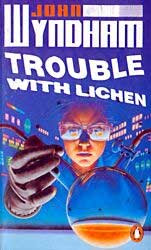 BBC Radio 7 recently did a series of readings from the 1960 John Wyndham book "Trouble With Lichen". Over the last few days I have been playing these whilst Amy and I have taken our daily walk. As a writer Wyndham had some great strengths. He was brilliant at spotting a scientific possibility and then asking the question "what if ...?" What if a radical planetary change favoured a new species ("The Day Of The Triffids"), what if a genetic mutation brought about an altered form of humans ("The Midwich Cuckoos). In the case of "Trouble With Lichen", the question is "what if a way was discovered to prolong human lifespan to say 200 or 300 years?". 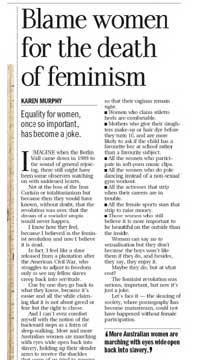 It's a brilliant starting point, but Wyndham is often criticised for failing to exploit the idea to the full. Somehow, the novel gets stuck on the role of women in society. Even worse, it seems to fixate on the problems faced by middle-class, middle-aged, twin-set and pearls women of the 1950s. The central premise is that if women were provided with a longer life-span they would be able, and willing, to escape the family-centred, subservient role that was common in the first half of the twentieth century.
The change that Wyndham didn't spot when writing the book at the beginning of the 1960s was that the main precursor of such a change would not be the mysterious life-enhancing properties of a rare Chinese lichen, but the oral contraceptive pill. As Wyndham's new book hit the shelves of the booksellers in 1961, the first oral contraceptive pills hit the shelves of the chemist shops.
But irrespective of the motive force behind the change, the process of change itself brought about a radically different society. Didn't it? Well not according to an article by Karen Murphy in today's issue of the Australian newspaper "The Age". According to the article, the feminist revolution has not only ended, it has come full circle. "More and more Australian women", she writes, "are marching with eyes wide open back into slavery, holding up their slender arms to receive the shackles that some of us tried to remove, and taking their daughters with them". Who knows, perhaps things would have been different if that lichen had really existed after all.
at December 04, 2007